A follow up to an earlier post, the Women’s March here in Minnesota was one of more than 600 marches that took place around the globe. Here in St. Paul, it was projected that 10,000 to 20,000 people would gather at St. Paul College and walk to the MN State Capitol. 100,000 people responded, five times the best estimate of the organizers and media. As a photographer, this was a must-attend event. What struck me was the range of people that attended. People of all kinds and every stage of life from babies to great grandmothers were there. 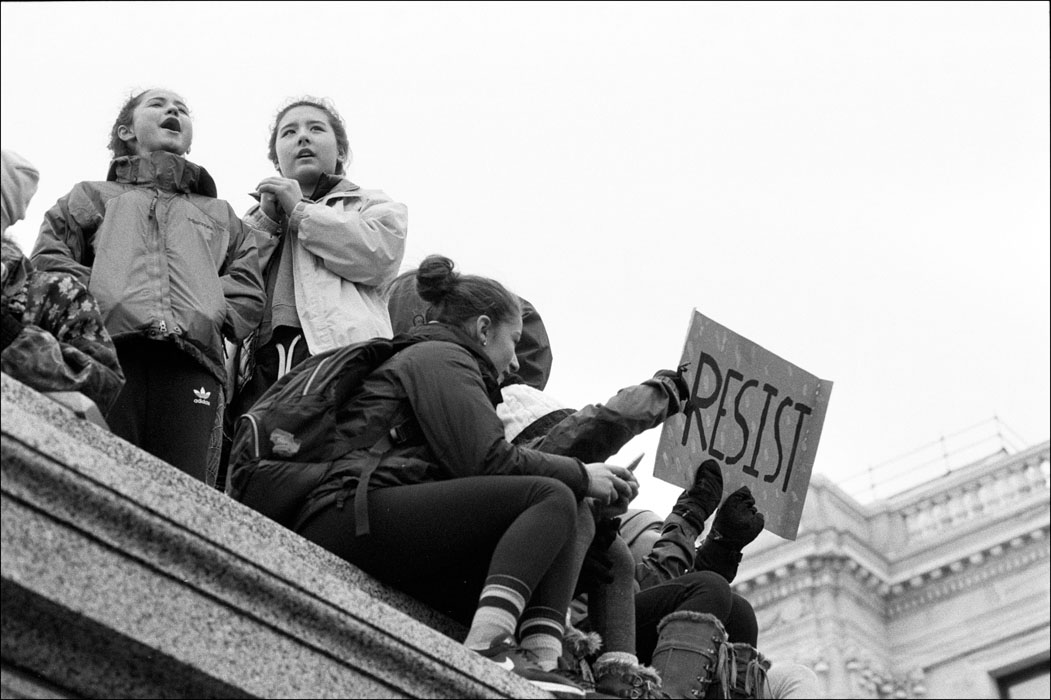 Signs and messaging at the Women’s March Minnesota

I found everyone to be extremely friendly, the scale of the event and variety of creative messaging was beyond anything I’ve seen.

Public transportation was said to have been full for miles back from the Capitol. We drove in from the north and parked right near the end of the march route. That turned out to be a pretty good plan.

Here’s a humorous story if you didn’t see it on the first post. As I was trying to get across the street through a thick crowd of people, I saw an opening and started to move my body, only to find that instead of one woman leaving a space, she was holding hands with the next woman behind her. I stopped quickly so that I wouldn’t get in the second woman’s way. She realized that I was trying to get into the path and without missing a step, put out her hand towards me. Without hesitation, I took her gloved hand, and the three of us made our way through the crowd to the median. I found my friends at the median, let go of her hand and thanked her. It was more than amusing to me that strangers would take each other’s hands in a shared vision of togetherness and simply crossing the street.

Although I took about 200 color photos with my digital camera, the one roll of 35mm black and white film with my old Nikon F100 yielded many interesting and successful compositions that I found the most compelling. There’s something about real film for this kind of work. A few more photographs: 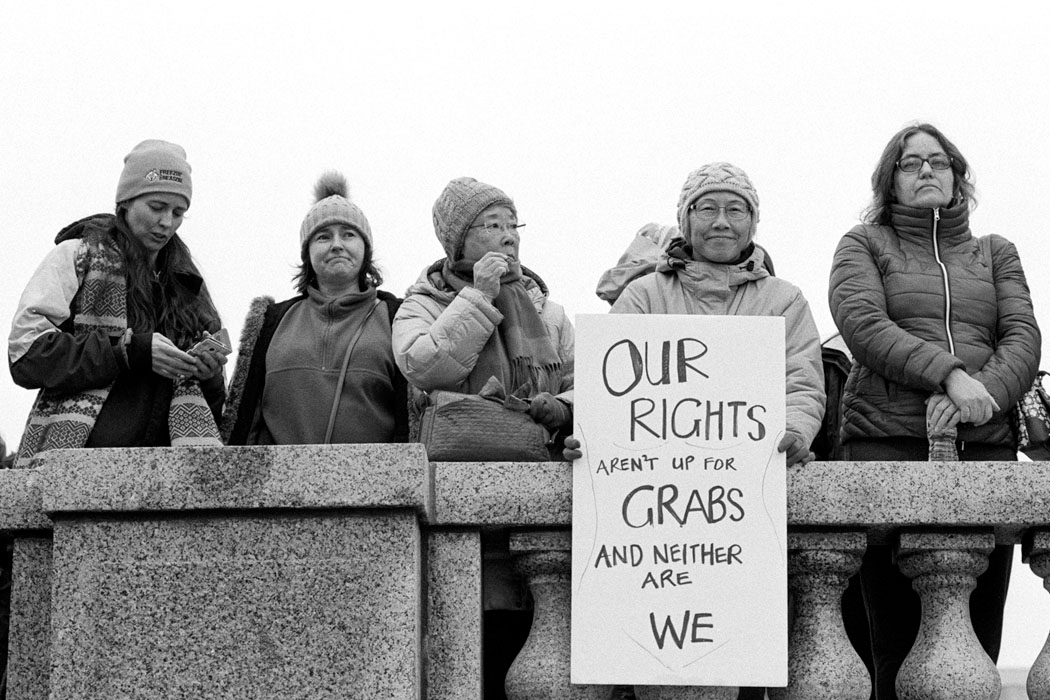 Signs and messaging at the Women’s March Minnesota 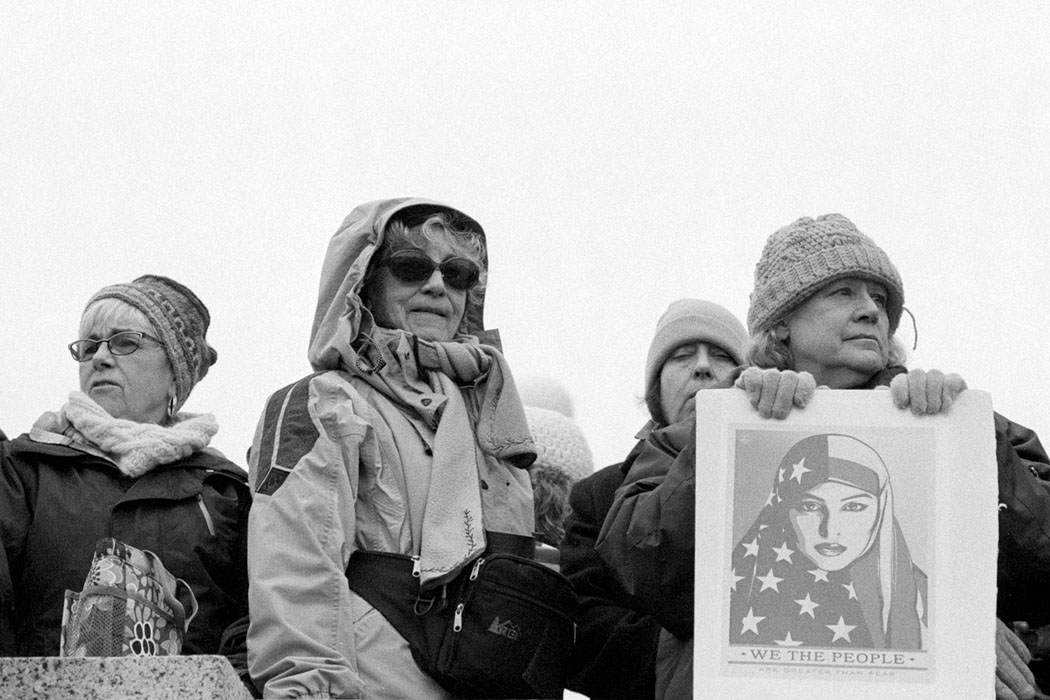 Women holding a sign at the Women’s March Minnesota 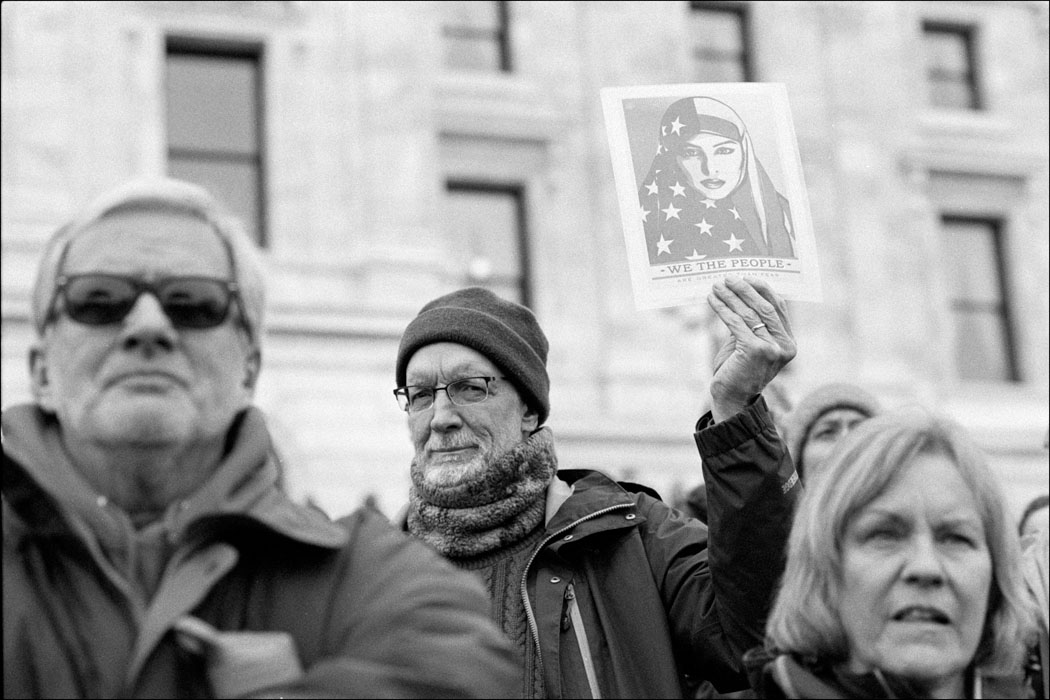 I live in Minneapolis Minnesota and have a passion for making portraits with view cameras and large format black and white film. In the last ten years, I have been drawn to older film cameras and large film formats up to 8x10 inch negatives. I also spend a fair amount of time perfecting recipes for home-made pizza and vegetarian soup. When not engaged in the aforementioned pursuits, I think about which mountain I will hike next.
View all posts by scott →
This entry was posted in Photography and tagged 35mm, black and white, F100, film, minneapolis, minnesota, mn, nikon, photography, St. Paul, women's march. Bookmark the permalink.