Last week, I had the good fortune to exhibit two pieces in the SLP FOTA exhibit. I grew up in SLP so it was nice to have something in the show. Two other photographers in our Midwest Passage photography group had work in the show as well. My images were from the series that I have been doing on the flooded golf course just a few blocks from my house. The flood created a wetland bayou, disrupting a carefully manicured and managed area. The future is still uncertain for this area because the flood devastated the course.

Blowdown was taken with an 8×10 film camera. I couldn’t get over the way nature had claimed this path between the fairway and the green. Shortly after I made this image, the groundskeepers started repairing the path and this composition was wiped away. Like so many good subjects, this was only available to see for a short time and now it will never be seen again other than in photographs. Lugging 30 pounds of gear to this spot and lingering in the stench of the bog was worth it.

Meadowbrook Bayou was photographed with a medium format film camera early in the course of the flood. I marveled at how nature took this land back, if even for a short time. 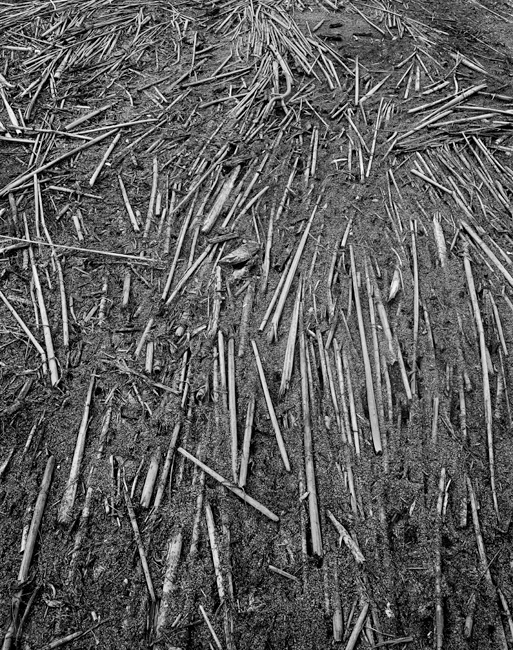 I live in Minneapolis Minnesota and have a passion for making portraits with view cameras and large format black and white film. In the last ten years, I have been drawn to older film cameras and large film formats up to 8x10 inch negatives. I also spend a fair amount of time perfecting recipes for home-made pizza and vegetarian soup. When not engaged in the aforementioned pursuits, I think about which mountain I will hike next.
View all posts by scott →
This entry was posted in Photography and tagged black and white, darkroom, film, landscape, large format, minneapolis, minnesota, photography, Twin Cities. Bookmark the permalink.